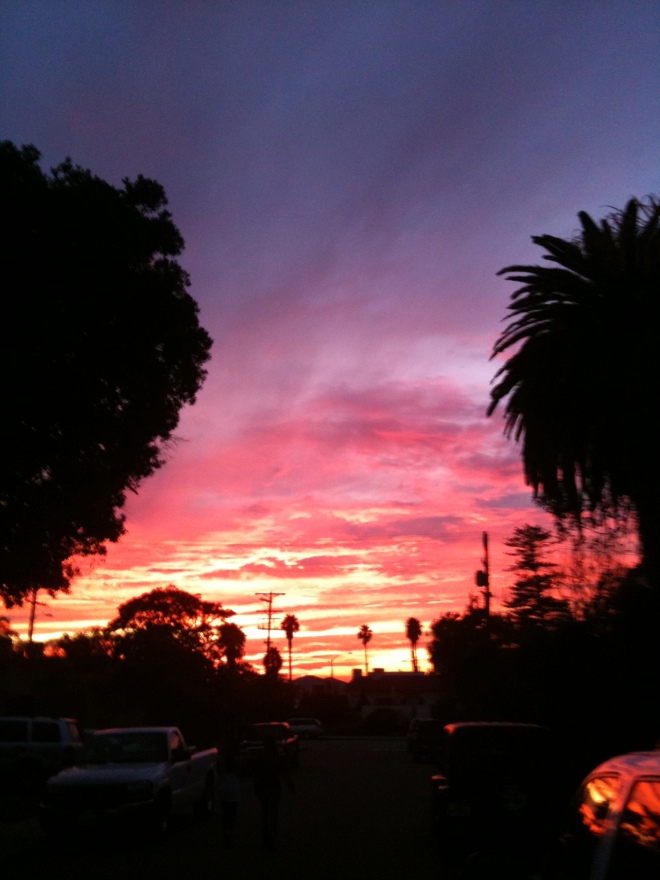 There were issues, they didn’t want to accept them. We had just had a baby, we had an unhappy little kid on our hands who was afraid of her mom’s new husband. He was not treating her nicely when her mom left the house. We had to say something. They did not like it. Rather than really discuss it their response was basically not dealing with it and chose to be offended.

Dear Ex-Husband of my new wife,

During the last few months and specially during the last few weeks, you have made a series of allegations which don’t promote a healthy relationship between us. I’m sure you understand how important it is for all of us to get along, independently of our differences, to maintain a healthy environment around the kids.

It surprises me to see how focused you are on our side of the family during these joyful times on your end.

Now you came up with a video that according to you shows a behavior of mine that you don’t approve. I respect that. But from what I could gather, this video was shot well over a year ago, and your concerns about the way she dances have already been discussed between us. We’re on the same page, so why are you bring it up again? In this instance where you see inappropriate we just saw a little girl having innocent fun. You know I don’t promote indecent behavior and you must know how much I love the kids. Please email me the video and call me if you need to talk about this any further.

Also it looks like she is understandably seeking some extra attention after her little sister was born and once again, the facts and context of what was said were not taken in consideration. Many things are also said in our home about you and we don’t make a big deal out of in order to avoid unnecessary conflicts. We know it’s just her way of seeking the attention she wants before going to bed when lot of drama is created around innocent subjects. We expect the same kind of healthy behavior on your end.

I would appreciate if in the future you voice your concerns directly to me. We are all very upset and hurt by your allegations.  My wife and I have decided that, for the time being, until we can have a more civil and respectful relationship, you direct all further communication to me. Please respect this until things calm down.

As always I’m open to personally meet with you to discuss and clear any misunderstanding. Again, my focus is on the kids. I only want the best for them.

Subject: Re: about recent events

Your attachment didn’t come through as a readable file.

i understand after looking at the video that you thought her dancing acertain times was inapropriate. I do too…especialy viewed from that angleof the camera. I agree and had already explain to her that moving her behind that way wasn’t nice for a little girl even that beyonce and I carly do.. as a matter a fact you can hear her last words where it’s like I carle.. this dance cant be taken out of context . my new husband was only thinking she was gonna do her russian dance that is very funny and big brother decided to film it… i know as a father you can be concerned . i tought you knew that my new husband is a loving stepfather and would never do or say anything inapropriate to the kids.. you have to understand like we do that those allegations are quite hurtful to him and to me. this is not a healthy way to communicate and pointing fingers at each other .. we want the same things for our kids. at the end it will only hurt them for you to doubt their mother and stepfather’s parenting ability.. lets try to be on the same page and move forward. hope fully this clears any misunderstanding and concerns ..

I believe the communications from my end are constructive, articulate, and to the point.

Your response to the video clip had nothing to do with how this affects my kids. Regardless if this occurred in the past, I have just recently stumbled upon it on the computer. Your laughing provides positive feedback to my daughter for dancing inappropriately and put my son in an awkward position as he could not say anything with a reaction like that from his stepfather. Even he at 14 felt that encouraging it was not right as you can hear him sigh in disbelief on the video.

In your response, rather, you judge me by requesting that I justify my true concern as a father, you accuse me of editing the video and you reprimand in attempt to invalidate my concern by assuming that I could and should have brought this up a long time ago. My view is clearly not “distorted” and nor do I have a “partial” view of what is happening, and yes you are correct in a sense I thought I did know you better as my expectations of how you would respond were very different.

With that said, behind a message with the intent to intimidate are merely people appealing to have their needs met. It’s my responsibility to protect my kids, and I am not afraid to voice my concern regardless if it hurts your feelings or makes you feel uncomfortable at the moment your needs are not my concern. When we are angry, it’s never about what other people say or do. Rather than moving up to our heads to analyze and judge each other which is alienating all of us right now, let’s remember that if this were your son and the tables were turned I trust that you might actually think my reaction is on the mild side, if not we are very different fathers. If I, while having responsibility for your child, laughed and encouraged such behavior, I could only hope you would be at my doorstep immediately. So going forward let’s really try to stay focused on the kids.

Despite these “allegations” you are choosing to focus on the only thing I am accusing you of is promoting and supporting with positive reward (laughter) a behavior for attention that does not support my daughters’ well being, anything other than this is a fabrication/interpretation on your end. I apologize if it feels like you are being accused of anything else it’s not my intention. If you have the respect you say you do for me as a father, do not challenge my concern as I would never question yours. The long term effects of this contributes in some way to having to correct my daughter with her attempts to get attention in an unproductive manner in addition to exposure to music videos on TV like Beyonce, things we purposely do not expose her to while at my home. You requested a specific dance, and yet you did not correct, stop or re-direct her at anytime when she wasn’t doing that dance. At the end it was a big joke to you. You even said “now were going to upload…” Really? Load it where? You-tube? My daughter dancing like that online? Even though I know you never intended malice by any of this we all at times are not fully aware of how our actions affect others and saying something like this in front of both my kids sends the wrong message.

I would like to put in perspective the “series of allegations” over the past months and specifically the last few weeks which you feel don’t promote a healthy relationship between us. Since May (last 6 months) these are the co-parenting issues discussed:

• Being paid to “babysit” mishap

• My daughter afraid of my your loud voice when disciplined

All of this came about during a phone conversation I initiated with my ex this week because our daughter was crying at bedtime and upset because she was made to feel guilty for wanting to call my new wife her step mom “mommy”. When my daughter cries (something that is not typical behavior at my house) I do not brush it off as a means to “get more attention” because you think she is feeling left out. When we asked her why she was feeling sad, she said that you said that her stepmom is not her mother, she is her stepmother. It was an innocent eight years old just wanting to love with an open, unprejudiced heart, and now she has lines drawn in the sand because her stepfather has tried to define titles for her. Never have I told her that she can’t call you Daddy or Papa because you are her step father. In fact all we tell her is how lucky she is to have two sets of parents that love her and she can love us all and call us anything she wants. She has a right to feel what she feels without definition, and perhaps this is difficult for you to understand considering your parents have always been together and you’ve not had step parents. She also expressed that she gets scared when you use your loud voice repeatedly while sending her to the bathroom as a means of discipline. Despite you saying that you have respect and want the best for them, these two examples demonstrate little of both. Let me be perfectly clear that I do not want my daughter ever sent to the toilet again when she’s misbehaving, it is inappropriate, and there are so many other alternatives to guiding children that are more constructive.

Here is a great example of what is going on with her at this age…. http://childparenting.about.com/od/childdevelopment/a/eightyearoldhom_3.htm

As far as communicating only with you, your new wife and I are their parents and she will be included always. My concern is solely for my kids.  How you or your new wife feel upon receiving communication is of lesser concern as I trust that we are all adults. Reacting emotionally to legitimate concerns and attacking me personally for surfacing them and spinning them back on me avoiding any discussion about the children, is as you say not very constructive. My EX also responded to my email 4 hours after you did so clearly she wants to be involved and should it’s her daughter too. She is and always will be apart of these communications. I’ve been copying you on all emails, and this is only the second time you’ve ever responded.

Please refrain from contributing to nonconstructive communications with condescending comments like “It surprises me to see how focused you are on our side of the family during these joyful times on your end” and keep it about the kids in future. All this does is display disrespect and immaturity on your end. It’s uncalled for. This is a very joyful time for us but that doesn’t mean that anyone gets lost in the shuffle.

By trying to redirect the focus and spin this so I’m the bad guy is unbelievably irresponsible on your part and just upsets me even more as her father. I’m shocked you and my ex are okay with this video on any level. Maybe you should have said …I’m sorry, you’re right I should not have laughed at your daughter dancing like a stripper but corrected her. I don’t know what I was thinking, it must have been really hard for you to see that. I promise it won’t happen again.