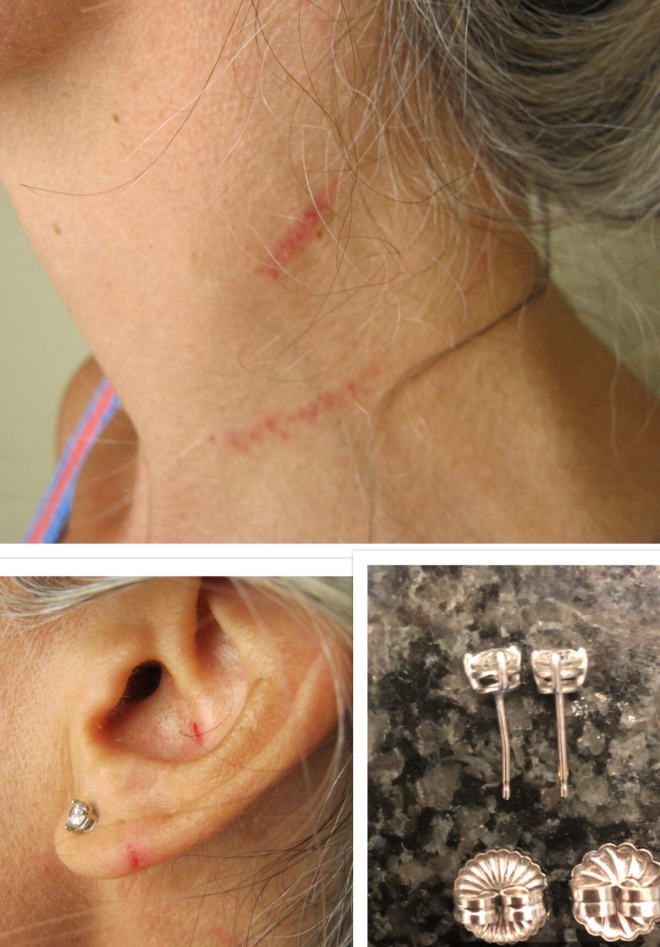 That is Super F#%ked Up

I have always wanted to write a book.

I have wanted to write about Self-Love. Energy and the unsaid, about trying to always operate from a lens of love. About habits and how they shape our lives. About a toxic free life – mind, body, spirit and home. Articulating what living your best life starts with asking yourself how great do I want my life to be as I learned from one of my bestie’s Lance. About being authentic and speaking our truth in current time as I learned from my energy coach Lydia Van den Broeck who helped sew my fractured pranayama breathing tube with gold thread. Getting strangled caused multiple injuries. The connection to my source energy had major leakage and I was bleeding to death energetically as a result of another human being committing such a violent act to my body and mind. It is unthinkable to grab someone by the neck trying to squeeze the life out of them while silencing their screams by banging their head to a car and cement floor. Unthinkable.

I have talked myself out of starting to write a book saying to myself who would want to read a book from me, nothing all that bad has ever happened to me. Be careful what you wish for I guess, now I can’t stop writing. I have learned so much, I am obligated to share this new knowledge because I know I can help people. My story might save a life. But looking back some bad things did happen to me and they are for sure worth sharing, later.

I have journaled since I was in high school. My mother always wrote to me. I have saved almost every letter and now I write to my daughter. When I was six months pregnant with our daughter my Dad suggested I start journaling to his Grandbaby. So I did. When my stepdaughter observed my writing, I decided to write to her too. I’ve decided to share my journal because it is real weaving it in where it makes sense. It’s 450 pages long. But maybe it is the start of my book. My dream. They say you have to dream it, go after it, make it happen.

Little did we know.

4/12/15 Sunday
Day of attack spent the whole day reeling in the aftermath. Declined medical attention at the scene so that our girls would not be traumatized, went to the ER once the girls were sleeping. Went to the ER myself could not have pain medication because I was driving, definitely felt unsafe driving but we had no one to leave the girls with and we could not take them with us because they would be further exposed to what happened and I need them to believe that I am going to be okay.

4/13/15 Monday
We were down at the courthouse all day getting the civil restraining order. All day my throat was getting thick and sticky feeling having issues swallowing. I read that if the symptoms start getting worse to immediately go back to the ER, they were getting worse and I was getting worried. I didn’t want to be a baby about it but it hurt so bad I eventually just got an ice pack and put it on my neck and told Jonathan that we needed to find someone to watch the girls and go to the hospital. My best girlfriend did not answer so we called my husband’s son. He reluctantly came over. I was crushed by what seemed like a lack of support and concern. The staff at the Hospital were completely terrible. I am clearly not okay when I walk up, one would think that a person working behind the desk at a hospital would have the knowledge to what a panic attack would look like and not ask something like so do you think you want to see a doctor? Why the fuck would we go to the emergency room?

4/14/15 Tuesday
She and her husband went to Dr. Shannon and said that she wants to give up 100% custody and that she understands that she needs to let it go and that her daughter will come back to her when she is an adult. She said she would do this if we would drop the charges. We reached out to my husband’s daughter’s best friend’s Mom and tried scheduling play dates.

Drop the charges? No one but the city can drop charges if you are arrested for breaking the law. Strangling someone is against the law. NO ONE is allowed to touch you in anger like this. We didn’t prosecute this woman the City of San Diego did. Dropping charges was not an option. Suddenly everything became about custody and money. Great way for her to deflect what she did I guess.

“I feel you’re anxious about how we are seeing the whole thing. I don’t speak for him, but I know he loves you. He is heartbroken. I want to tell you that there’s nothing you could do to make me not love you. You are my favorite person in the world’s dad. I’m upset with you letting Amy take this so far. She is financially sabotaged that family – not saying they were innocent- but they didn’t deserve this. Our relationship with Amy will never be the same. He is hurt and in shock so he’s backed off a little bit, but don’t think for a second he doesn’t love you”

Well, the truth is she was right, my relationship with Aurelia’s children will never be the same but she did this essentially to make that happen. That doesn’t mean it can’t be better, they say the strongest of trees are the ones that survived the hardest storms. The storms make our roots grow deeper and stronger. I know at the end of all this we will be closer and stronger and more clear on what love is and what love is not.

But taking it too far, how exactly did I take this too far? How exactly did I take getting strangled nearly to death too far? My mother is fine jewelry I was distraught when my diamond earring was not in my ear, I know, I know how petty but my diamond earning?!?! She tore out my diamond stud! It was not lost, thankfully. But it was bent! She was strangling me so high and hard that she bent my earring. How did I take that too far? Imagine getting strangled nearly to death then have anyone say to you that you took it too far. Unthinkable.

Sabotaging them financially? How? How is me getting strangled nearly to death financially sabotaging anyone? At the end of the day, it was us that got financially sabotaged because she took no responsibility. Not only did she not take any responsibility but she promptly turned around and started telling her children and our closest mutual friends that my husband attacked her and then inflicted injuries on me so we can stage domestic violence and steal her daughter. She also went to our daughter’s middle school and told them this.

All the while she was the one that was arrested for assault with a deadly weapon and domestic violence assault. I was the one in the hospital later to find out that I suffered two traumatic brain injuries just seconds about which you can hear on the recording and exactly as I say I was thrashed comports with exactly where my brain injuries are. I have been seen by our D.O. over 150 times for my neck trauma and been through months of physical therapy and she has ONE doctor visit for her “injuries”.

Her doctor’s note from the day she went to the doctor which was ten days after it happened had a diagnosis of anxiety and a note that she is required in court the following day for the arraignment hearing.

If you strangle someone in California it is a big deal, our emergency responders are all trained because of the Diane Gonzales Strangulation Prevention Act and there is a very broad understanding with just how lethal and scarring strangulation can be to those who survive it. But it is only very serious in California and other states if it happens between a relationship defined under the Domestic Violence Laws.

Step-Parents are not protected parties under domestic violence laws in California. It was not domestic violence for me despite happening at my home, in front of my husband with our children and beloved dog Biggie Smalls inside hearing me screaming for my life. What isn’t domestic about this?

But had if I had slept with my husband while he was married to her then it had a better chance.

That is super f#%Ked up. Right?