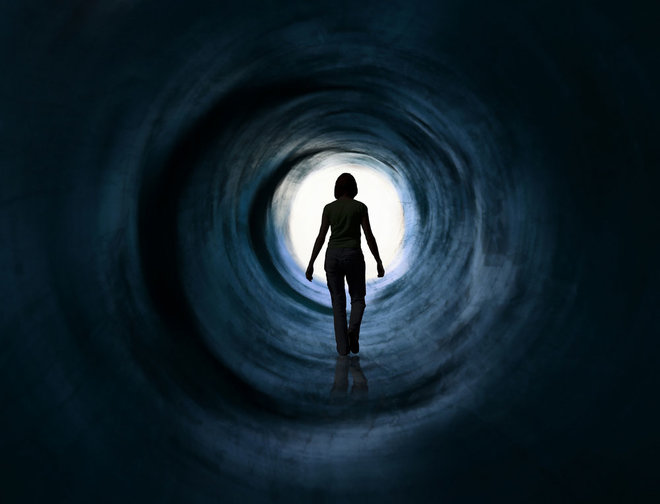 If 1 minute can change your life, 27 seconds can KILL YOU

In 27 seconds of strangulation, I received two traumatic brain injuries seconds apart and 360 whiplash that is still not fully resolved. I lost consciousness for ten seconds after my head was slammed to our car; I quickly came to and began screaming again. What felt like an effort to silence my screams she took my head directly to the cement floor of our garage. I was out and experienced another brief loss of consciousness.

She snapped. Literally snapped. The whole encounter that day lasted 3 minutes and 3 seconds. 3 minutes 3 seconds that has changed our lives forever. Twenty-seven seconds that easily could have ended mine. I am so lucky to have escaped with only the injuries I have.

I reread my statement of facts to the police from that day and came to a sobering realization. We cannot be our own witnesses when violent strangulation happens to you. Sounds silly to say that but I thought I did. Things can and most likely will happen to you that you will not remember right away or maybe ever. If you cannot remember you cannot appreciate the severity of the situation. The seriousness and reality is how close to death you actually were. If you cannot see this, you certainly are not contacting the police and if you do you may not be able to report all that what happened. If you do not see the severity, then you are not putting on your big girl pants and removing yourself and often your children from a life-threatening circumstance. I know there is more to it and I hope no one is offended by my big girl pants theory but if this happens just one time the chances of homicide go up 700%.

My statement to the police is an indication of what I able to recall. My memory of what happened stops at me telling her I am going to hit her, my husband putting his arm down after telling her to back up. Then it picks up again to me suddenly on the ground with her on top of me with her hands around my neck. Can we talk about how ridiculous it is that I would threaten to hit anyone? No one would be threatened if I said I was going to hit them. I was even crying when I said it, and I wasn’t even looking at her. I have beat my self up about saying it, being naive to mental illness. I mean when does a half ass verbal threat of striking someone from a 5’4′ 110lb person warrant a violent, life-threatening strangulation attack from a 6′ 180lb person?

According to the Strangulation Training Institute here in San Diego, California, it takes only 11 pounds of pressure in 4 minutes to have brain death occur. A handshake is 80 pounds of pressure. Major veins can collapse around 33 pounds of pressure. The most extensive study on strangulation was done here in San Diego in 1995, and because of this study, Senate Bill 430 was passed in 2011 making strangulation the most lethal form of domestic violence. This made California the 30th state with a specialized statute on strangulation under the Domestic Violence Laws. Governor Jerry Brown signed The Diana Gonzalez Strangulation Act of 2011.  SB 430 amends Penal Code section 273.5 to add the specific act of cutting off a person’s airway or blood flow to the brain as the basis for a serious criminal offense in California.  The law is named in honor of Diana Gonzalez, the San Diego City College student murdered by her abusive husband in October 2010 on the City College campus.

I remember running into our backyard and into our house to call 911. My hands were shaking so badly. I was begging for help. I was so terrified. My stepdaughter came down the stairs; I was on the floor on collapsed on my hands and knees. I begged her to go upstairs and to please not let her little sister come downstairs. My biggest concern was them my baby was upstairs while her mother was almost murdered. The weight was heavy. I clung to any possibility of this not touching them. I was so grateful for big sister keeping her safe.

My husband came in through the front door while I was on the phone and I completely panicked that he left the door open giving her a chance to get at me again. My body was shaking so badly. I could barely speak. My husband took over the conversation with the 911 dispatcher. Once he did, I just lost it crying as it started to sink in. She just tried to kill me.

She tried to kill me. I could not process it. I felt like I could be having a heart attack, my heart of pounding so hard. Alarms were going off inside. There were too many things firing for me to feel anything. I felt so weird; my body felt foreign to me. When asked if I wanted an ambulance, I thought about my little daughter and her big sister watching me leave. I thought of the worry what impression this would make on them. I could not do it. I naively thought that if I pretended to be okay that somehow it would be okay for them.

The police separated my husband and I when they arrived. I told my story of what happened. My husband said his. Mine appears to have skipped the two head bangings part as it is written as I was suddenly on the floor. His told them in detail. This was when I realized that I had him and his memory. I also had an audio recording that later I used in therapy to reframe the experience. But I truly do not remember today what that felt it all felt like. I don’t remember feeling pain. I do remember the sound of my head hitting the car, like a baseball to a steel bat.

After it all happened, I felt a tremendous amount of peace. Dr. Shannon specialized in trauma. The girls and I did some trauma work with her immediately after. When Dr. Shannon asked to me talked about the most frightening part I could not tell her there was one. I said we are okay now, we are at peace. This is over. I almost felt bliss. In the book “Glimpsing Heaven- The Stories and Science of Life After Death” by Judy Bachrach speaks to this feeling of bliss.

There is a story in the chapter of strangling like mine. The woman talks to her experience. She recalled no pain during or from the strangulation even saying it was “not that bad.” She said you don’t feel the strangling part. I can relate this was my experience too. Judy Bachrach starts her chapter on Bliss with this…

“As it turns out, it really doesn’t matter how you die or what you die of. Bliss, understanding, a deep, focused tranquility: These are the usual companions of the traveler.” The traveler being the person passing to the next. This is what I now believe. We just walk on to the next literally.

My near death experience created a bubble of bliss around me that lasted for a few months. It felt similar to how amazing I felt after giving birth to my daughter naturally. Those happy oxytocin hormones feel close to post near death hormones that are documented to flood your system. In a lot of ways, it was true what I was saying. It being over, not sure about the peaceful part but our lives as we knew them were over.

Pre and post-trauma lives. Picking up the pieces. Knitting your body, mind, and spirit back together has been the hardest task I have ever had. We are not even close to being entirely back together, and there are parts we just have had to let go of. But the good news is something does come back together eventually. If you are mindful about it, you can recreate yourself and find a way to be grateful for the undoing of your previous life.

Sometimes this is the catalyst for significant change needed or not but most likely you will figure out much later why. Trusting the process is a lesson. Your life is already transformed by what happened. One second to the next and bam it could be not only transformed, but our lives can be ended. The hardest part for us was accepting and processing what had just happened and how to lessen the impact for our kids. I never doubted my ability to heal, but they were just kids with still-developing brains, they were the priority first.

Finding out what was exactly wrong and understanding what trauma is took a lot of research and reading. Trauma can rewire your brain and often does. This rewiring runs the trauma in the background like an app on a phone draining your battery. I learned how to process my trauma and shut the trauma app off in my operating system, but it took me almost two years to really grasp that and take action.

I have learned so much. I have so much to share.